Sue Taylor is a retired primary school teacher, and her husband Phil formerly ran his own engineering business. Over the last few years they have set up a small sand transport and construction company in The Gambia. In addition to this they have started to help equip some Gambian schools with outdoor play items and other equipment.

on this page & some Gunjur links

In April 2010 Sue used her contacts at schools in their area and asked them to donate any unwanted, suitable outdoor play equipment. There was an excellent response from all over Teesside, North Yorkshire and also from Leicestershire, and by August there was enough to fill one container. They used a local non-profit organisation, Rebuild North Eastin Teesport, to collect, store and pack the equipment, and it was ready to send to The Gambia in October 2010. 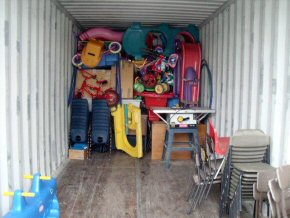 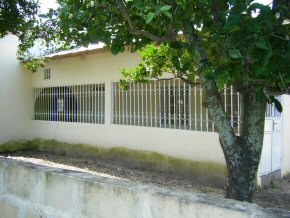 Sheik Hatab Memorial Nursery School
The first school to benefit was Ahmed Manjang`s Sheik Hatab Memorial Nursery (SHM) in Gunjur. In January 2011, Sue, Phil and their grandchildren visited SHM, where they set up the play equipment. Sue worked alongside the teachers helping them to structure the outside play activities so that all the children get a chance to learn to play and co-operate. 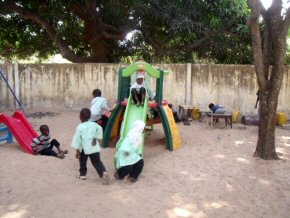 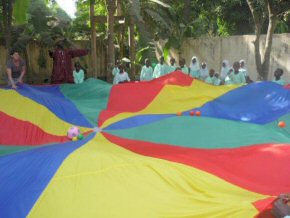 In March 2011 they visited Gunjur Lower Basic School to identify their needs, which were mainly furniture. Sue and Phil also gave a small amount of play equipment to a primary school in Brusubi and worked with the staff there. They are hoping to provide them with more play equipment and computers.

Sue and Phil are planning to send another container this year, and then hope to send one container each year. They have contacted UK schools which are due to close, and have secured a large quantity of tables, chairs, tray units, shelves and bookcases from a school which is being demolished this summer. These items are enough to fill at least one container, and will be collected and stored by Rebuild North East pending shipment. They are also looking for outdoor play equipment (swings, slides. climbing equipment) and small play items (bats, balls, ropes, hoops, Lego etc).

Sue and Phil financed the first container themselves, but for this next container, and future shipments, they will be looking for other sources of funding.

Sue has sent us the following update:

"Since we got back in March I have been visiting the schools which either contributed with furniture or raised money for the container and showing them where they helped through a presentation. We managed to raise the majority of the cost for the 40ft container and it arrived the week before we left. It was mainly school furniture and it went to Gunjur Lower Basic." 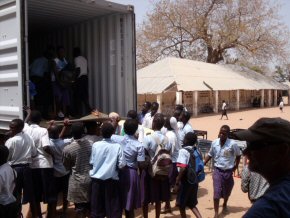 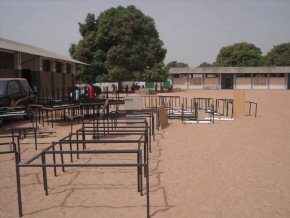 frames for the tables 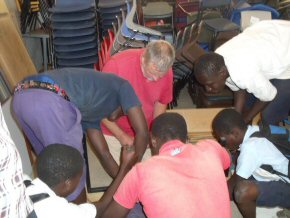 "Mr Fatty, the headteacher, was a huge help in getting it out of the port and the duty waiver. He and his staff were overwhelmed at the quantity of tables and chairs etc. I am trying to make our project sustainable with the help of our partners Rebuild North East but as you can imagine it`s not easy and so at the moment I am not actively seeking stuff although I will not turn suitable stuff away."

Headteacher, Mr Fatty, presenting Sue and Phil with a Certificate of Appreciation >> 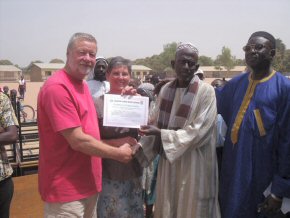 Sue has also been teaching PE to Year 1 students at Gambia College and coordinated a week of activities with 10 Dutch sports coaches. She aims to focus on this college in the future and would like to get more equipment for them. Sue and Phil plan to return to The Gambia in November for a month.