Things are never as easy in The Gambia as one would like!! The container was discharged from the ship in Banjul on 6th April - however, despite there being several contact numbers for both the headmaster of the receiving school AND our Pageant agents, there was no call from the port authorities to say it could be collected!

After a fair bit of hassle at Banjul port, a lot of to-ing and fro-ing about duty waiver, storage charges(!) and transport problems, the container was finally collected and then unloaded at Yundum Barracks school late on the afternoon of 17th April - hurray!
I have to say I was very relieved it had been unloaded successfully at last - the previous few days had been somewhat stressful!

By this time Ramadan had started, so all the unloading was carried out by a team of willing helpers who had not eaten or drunk anything since daybreak - I have been with the guys on similar occasions and I really do not know how they do it in that heat. Agents Yankuba and Abdoulie were doing the actual separating out of all the items in the tightly packed container, while the rest of the helpers carried the furniture and stacked it according to the school for which it was destined.

A lot of the furniture and materials was for Yundum Barracks LBS, where much of it will be used in the newly built Pageant-funded library, and the head of another school came that day to collect their items.
However, the headmaster of the up-country school, Kolior, had to collect his things on the following day, after our agents had helped him to find a lorry to transport his stuff about halfway along the country to its final destination (see map below) - a 95 mile drive on good tarmac roads plus several more on what can best be described as dirt tracks! The packing of the lorry looked interesting, to say the least, but we know it arrived safely as the headmaster has sent several photos of some of it being used in the newly restored classroom block - another recent Pageant project. 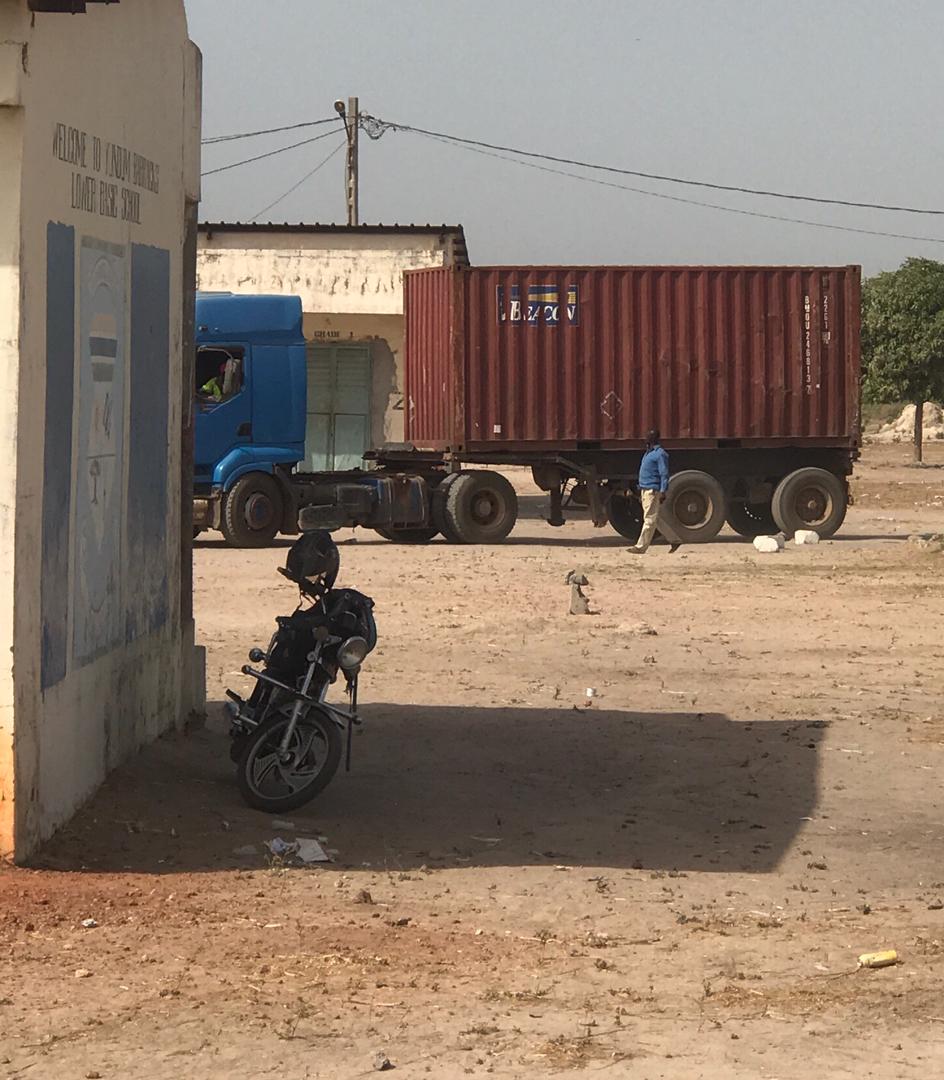 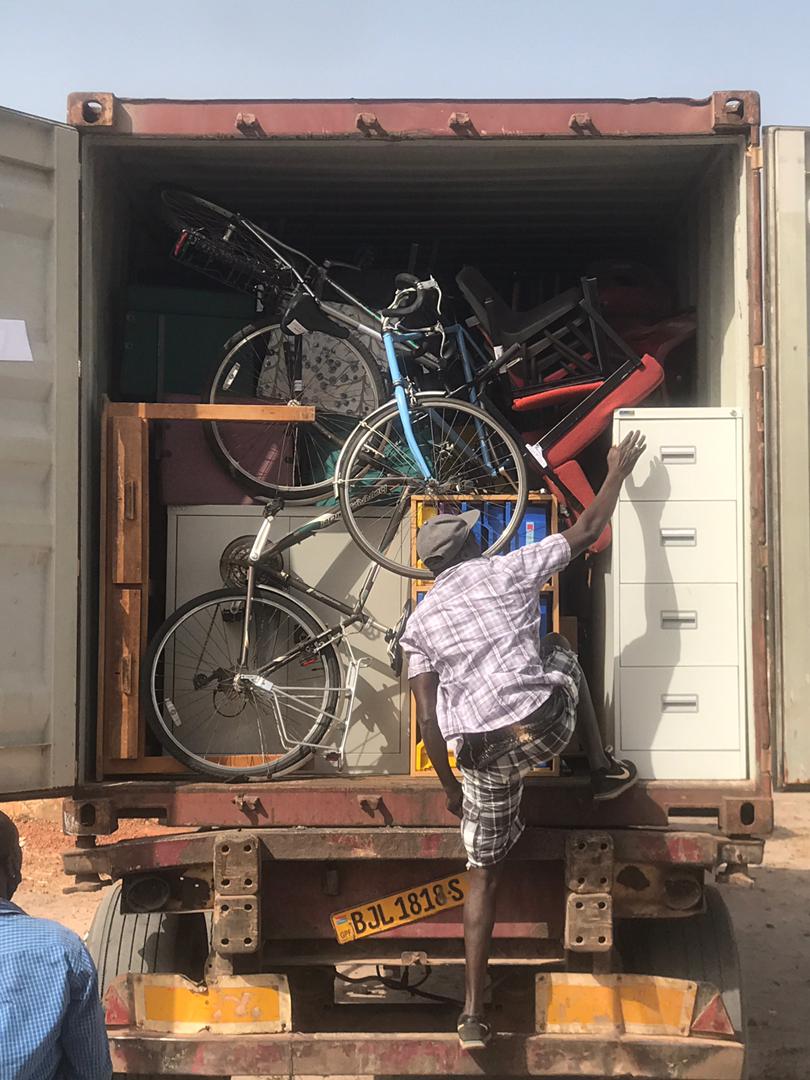 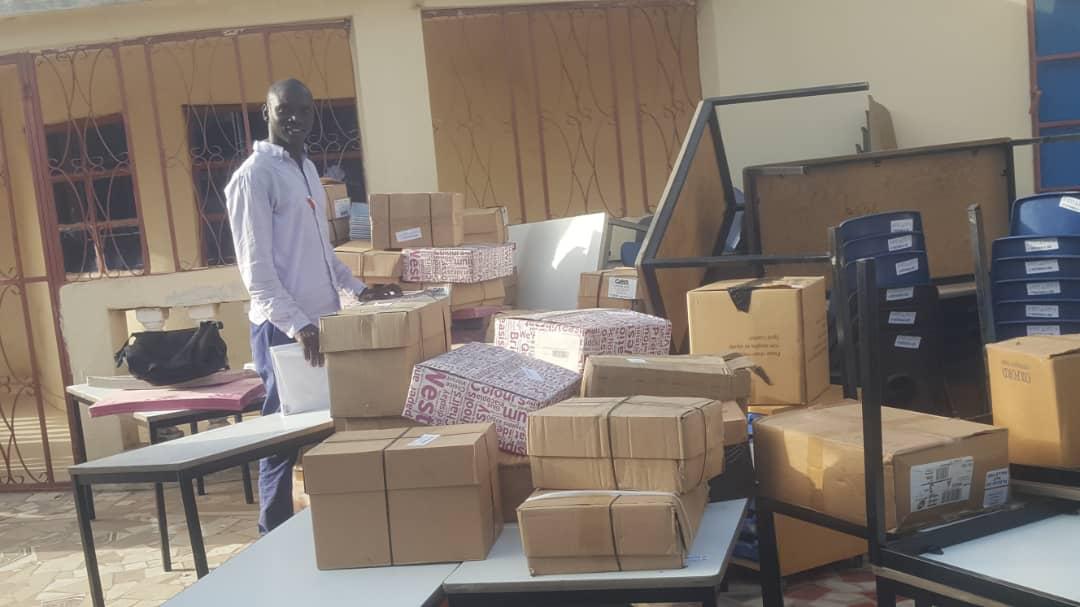 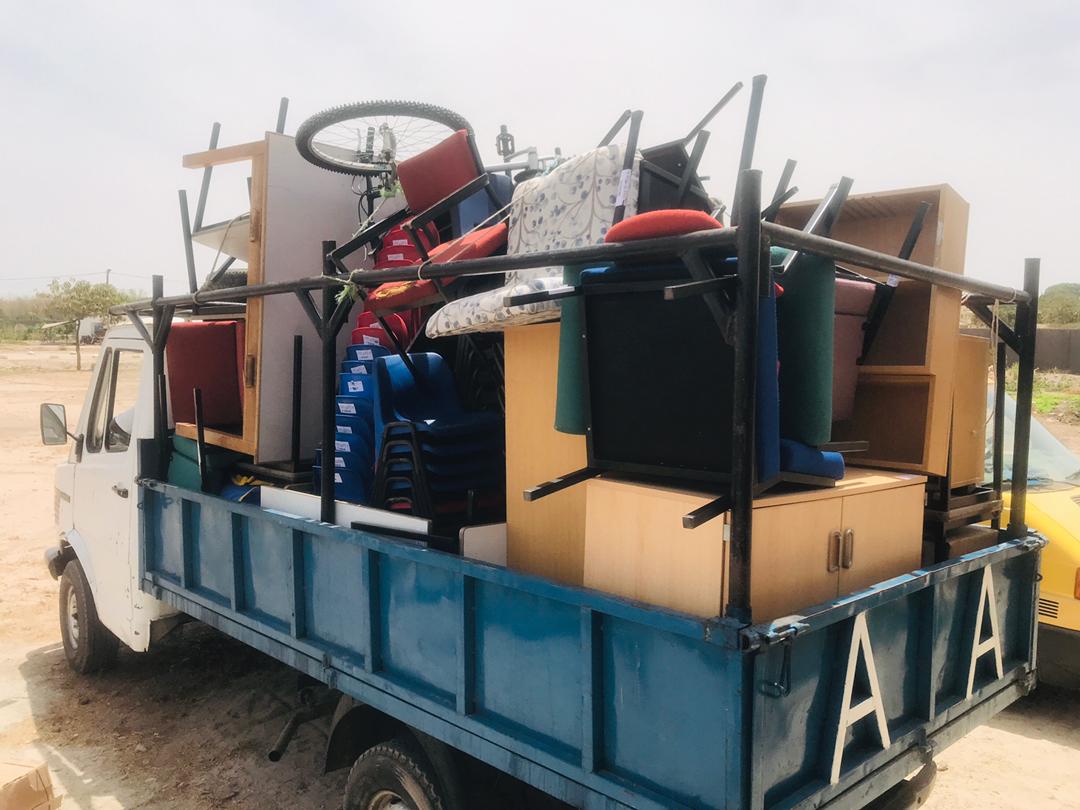 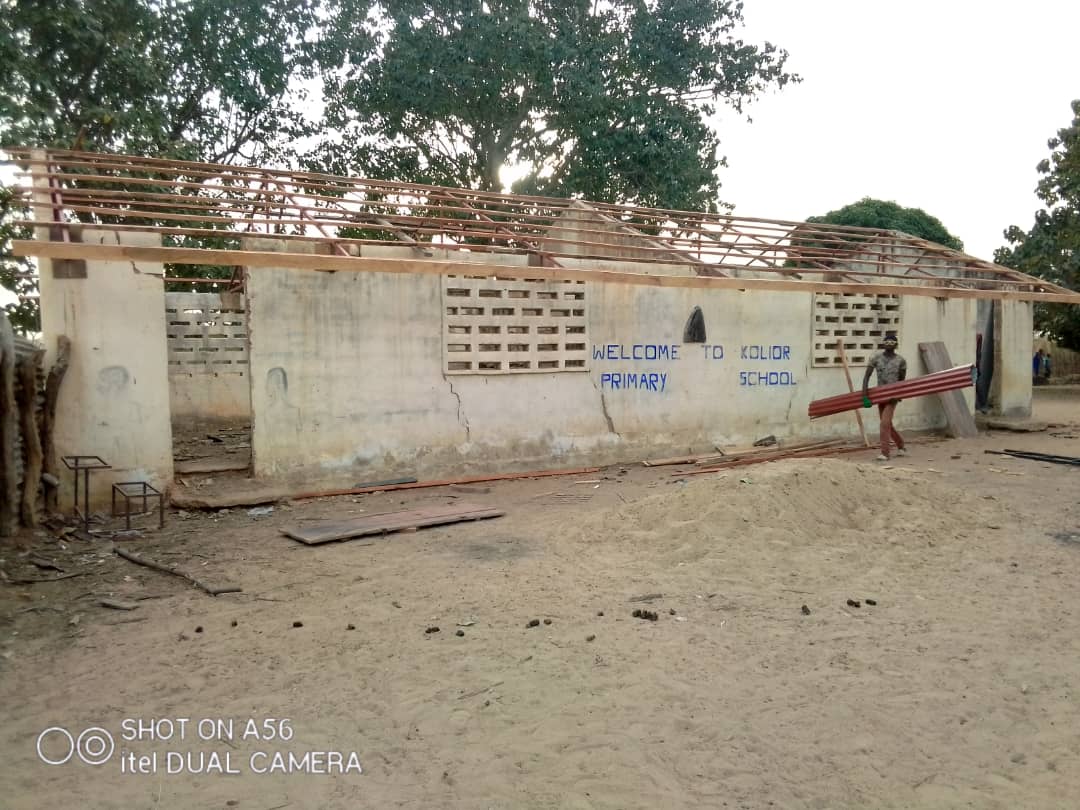 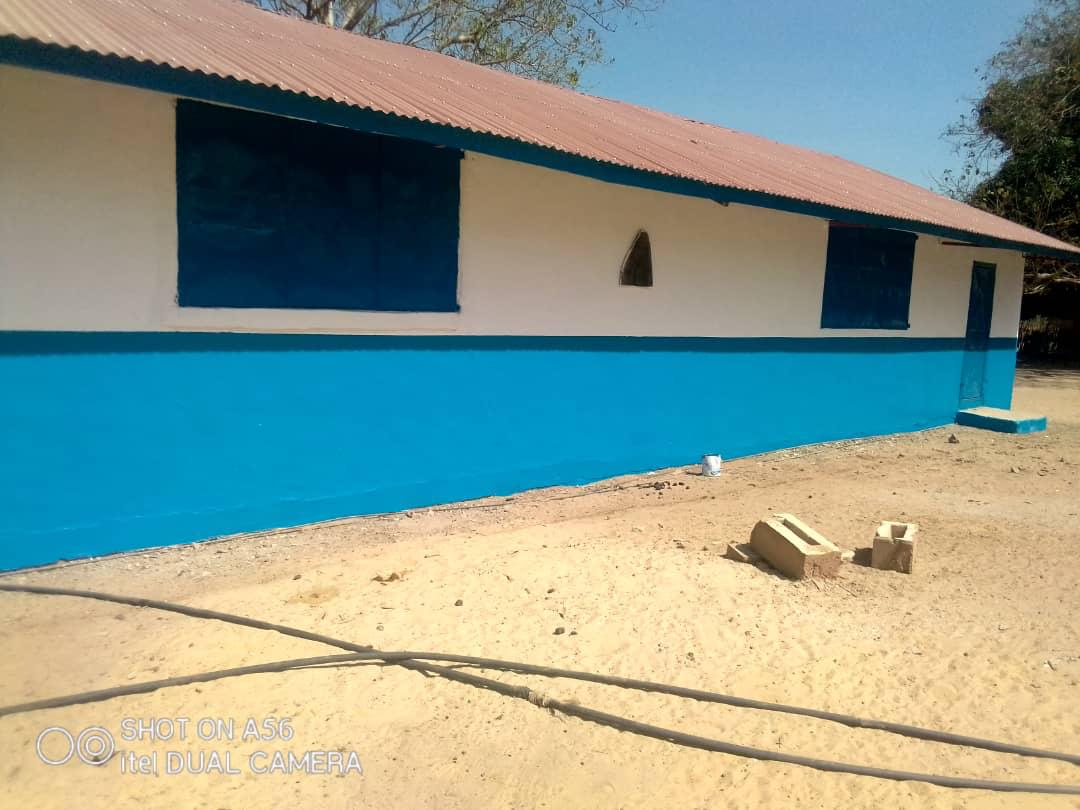 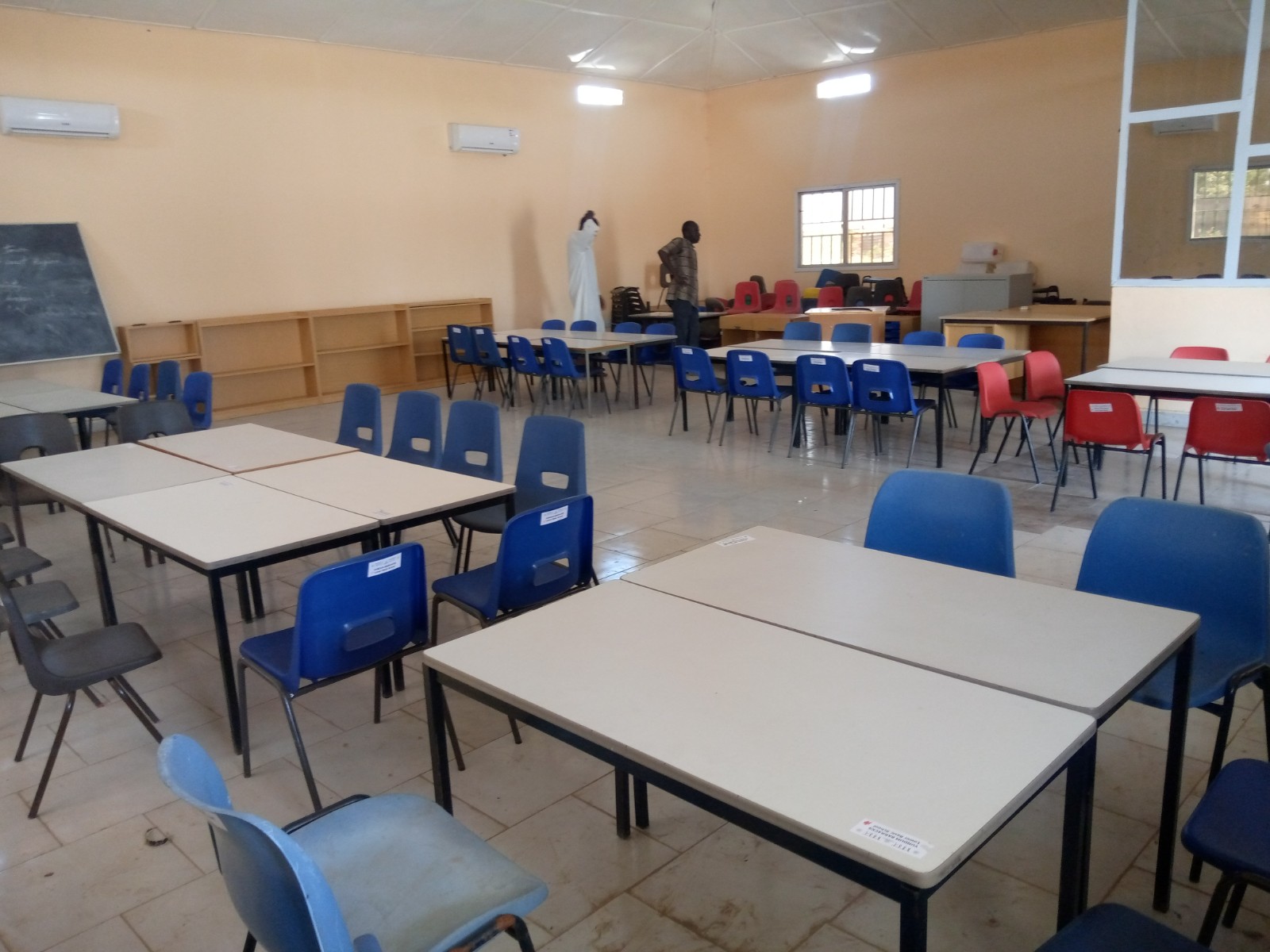 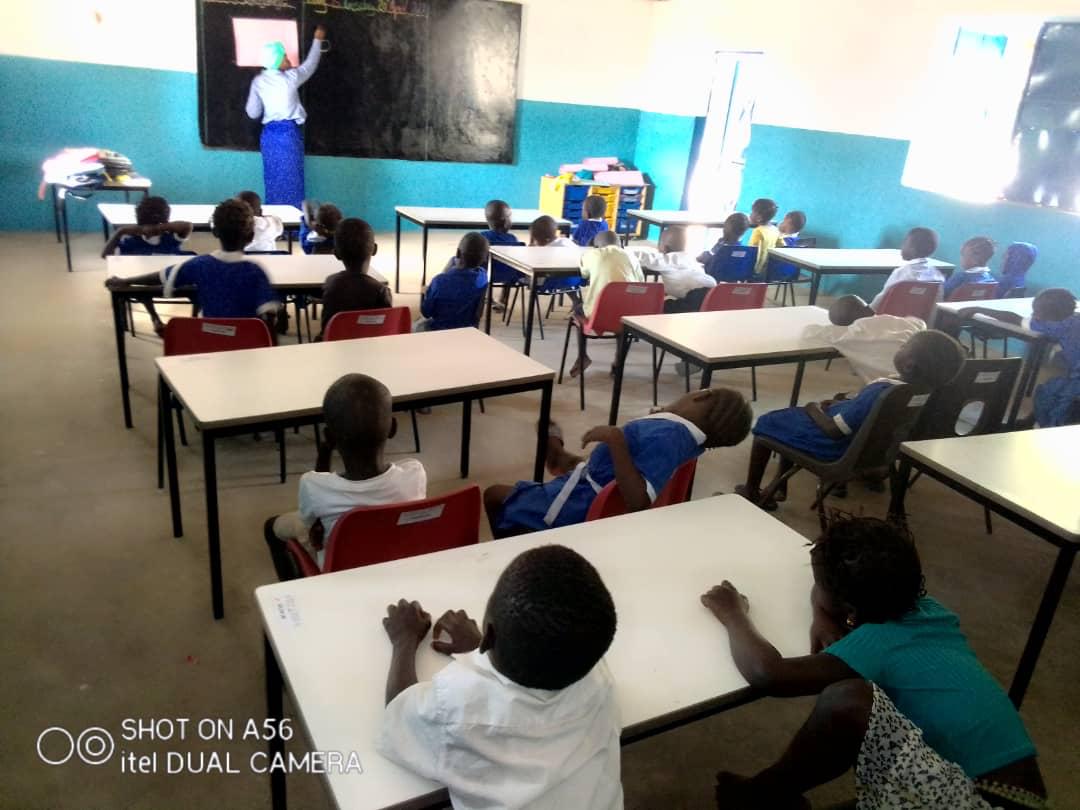 Each school has also received their folder of letters and I am promised some replies, though I am not quite sure how and when they will be sent to us.
There have been delighted thanks from all three schools - they were astounded at the amount and quality of the furniture and classroom materials that they have received.