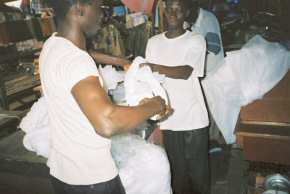 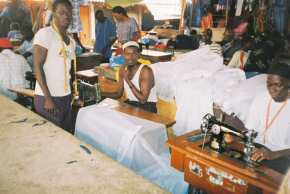 market tailors making up the nets 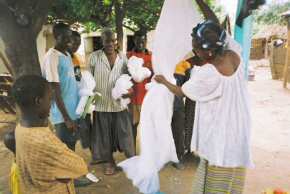 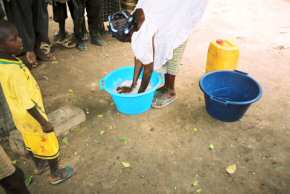 Net being soaked in disinfectant to repel mosquitoes 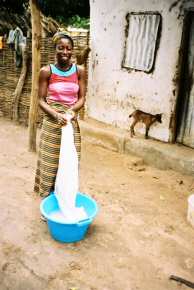 Draining insecticide back into bowl - none wasted 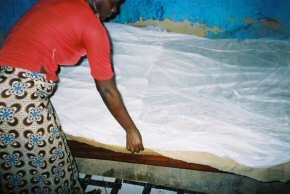 Dipped net being fitted to bed 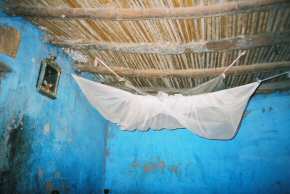 Net hung above bed during daytime 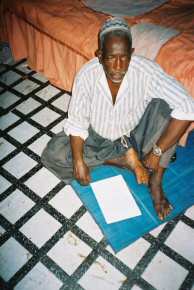 Chairman with letter of thanks
on behalf of villagers to Pageant

In 2005 Pageant sent £1100 for nets and insecticide. £600 of this was raised by raffling paintings and £500 was a donation made by a member specifically for this purpose. The donation of £500 purchased 92 family nets as well as 150 litres of insecticide to dip them in. However, since this page was written, costs in The Gambia have risen, and the UK pound has fallen in value against the Dalasi. A family net will serve several people, as in The Gambia it is common practice for several people to share one bed or group of bed mats.

During 2005, Bakalarr received 88 nets and Jarreng 135 nets, together with the required amounts of insecticide. This follows on from our efforts in 2004, when Pageant raised £200 from the raffle of a watercolour painting at the Atlantic Hotel in Banjul in 2004, and used the money to buy mosquito nets for the village of Jarreng.