On Saturday 16th September we completed the 2017 Pageant shipping process - a 20 foot container was loaded at Leatherhead (in Surrey) for shipping all the parcels collected and wrapped during the past year plus a lot of donated furniture to Banjul.

It was a two-stage process this year:
9th September was a long day, during which all the (more than seven hundred) parcels and furniture collected at Old School were loaded into a large van and taken to the old Leatherhead Food RA building, which was vacated last year. The current owners of that site and its contents, Titan Properties Ltd, had very kindly agreed that we could take whatever we wanted from the building. We are very grateful to them for allowing this, for spending time showing us round the building so we could choose what to take and for the expense of getting us vehicular access to the site and providing security while we were there. 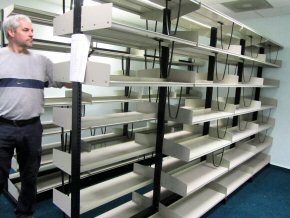 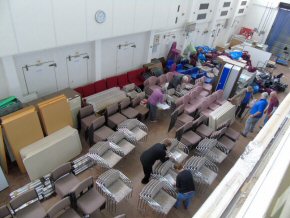 There was a very large amount of quality furniture, which had been left behind in the building. It was sorted, dismantled where necessary and taken down to the large storage space from which we were going to load the container. Even more furniture was brought over for us from ERA, also in Leatherhead. The photos give some idea of what was accomplished.

16th September was not such a long day, but was one of intense effort on the part of many of our stalwart helpers. Some of us arrived at Leatherhead at 8.30am to label every item of furniture that had been selected the previous week, ready for the arrival of the container that had been booked for 10am. We were fortunate that the driver had no problems finding us and arrived a bit early, so we had a little longer than our statutory 3 hours before our finishing deadline of 1pm. 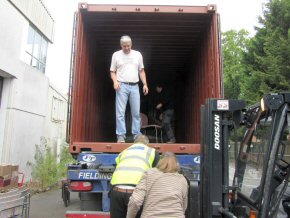 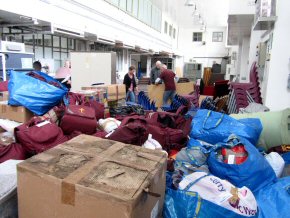 a lot to shift

The container was mounted on a particularly high trailer, so the logistics of heaving everything up to its level were daunting, to say the least. Mercifully, Ben, our wonderful helper in times of crisis, had arranged to bring a large fork-lift loader, so the majority of the items were loaded using that. Andrew was happily engaged in operating the fork-lift for most of the time... his smile said it all... 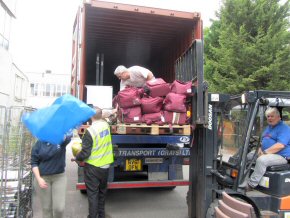 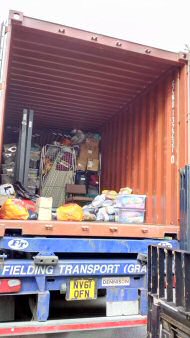 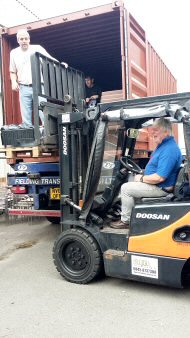 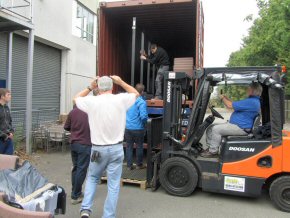 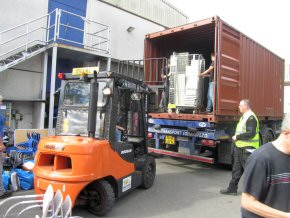 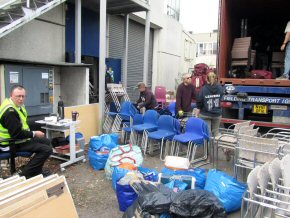 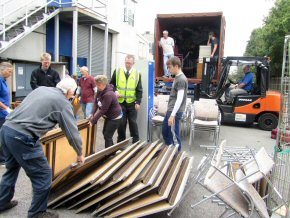 now a huge stack of tables 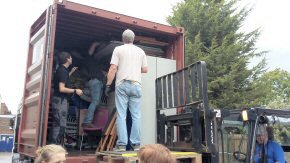 << now a huge stack of tables

The guys at the 'front end' (Ben, Ian G and Grant) made a wonderful job of getting so much stuff into the container - it was packed really tightly and I am sure that our unloading team in Banjul will be amazed at what comes out of it. The rest of the helpers did an excellent job of fetching, sorting and carrying all the items out for loading - Barry managed an unexpected trip on the fork-lift and Natasha seemed to be everywhere at once! 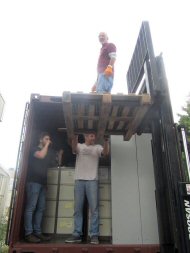 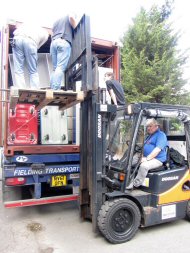 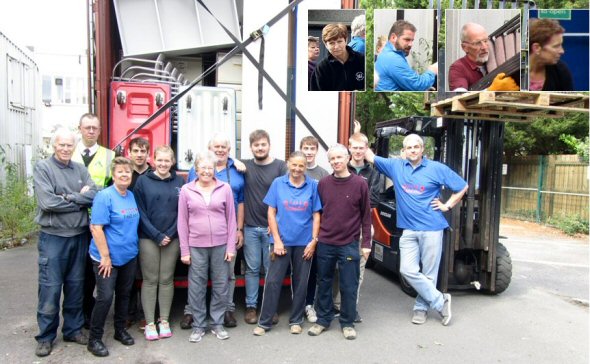 Thank you so much, everyone. In the 'team pic' from left to right we have: Brian, Barry (site security), Carole, Grant, Natasha, Ann, Andrew, Ian G, Pippa, Joel, Chris, Jacob, Ben (ERA). Inserts are Tina (who took the main photo), Ben from Titan, and Barry & Sue - all of whom helped load but had to leave before the photo was taken. Also special thanks to Kathy, Martin & Sue, Rhys, Michal, Sam and Megan (all of whom starred on 9th but could not make 16th)