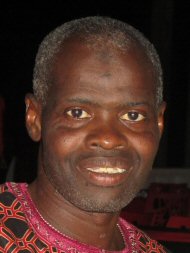 Wandifa and Mariama have been concerned for a long time about their home. The large family compound in which they have been living ever since we have known them became very crowded and, even more importantly, would not be inherited by Wandifa as he was a 'side branch' of the family. This made him feel very worried that, in the event of anything happening to him, Mariama and his children could find themselves homeless.

In October 2011 we found that Wandifa had bought a piece of land, quite close to the original compound and, in fact, very close to where Abdoulie lives. 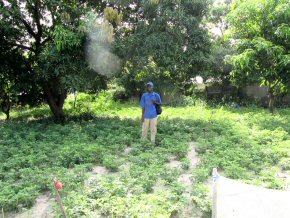 Wandifa on the land purchased for his new house

February 2012 - Land cleared and blocks made

In February 2012 he had partially cleared the land and had some concrete blocks made, ready to start building. He had some plans drawn up for a very large house - we were amazed, to say the least - and then things slowed down.... 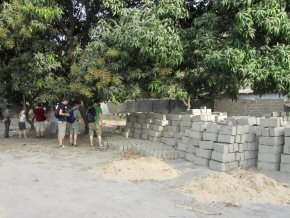 blocks for the house 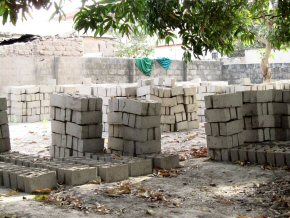 By November 2013 the shell of the house had appeared, with the normal method of Gambian house construction allowing a lot of vegetation to grow up inside the rooms! 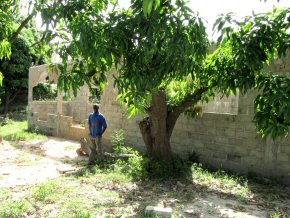 Wandifa beside the shell of his new house 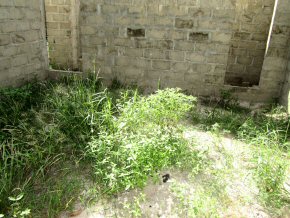 plants growing inside the rooms

In June 2014, Wandifa phoned Pippa to to tell her that his wife Mariama had given birth to a baby girl on 17th May 2014. The baby weighed 3.5Kg at birth (7lb 11 oz) and her naming ceremony was scheduled for the following Saturday. Wandifa was very keen for us to tell as many Pageant members as possible about the new arrival, so Pippa announced it on the Pageant Blog. The naming ceremony took place on 24th May, and the new baby was given the name Nyima. One of Pageant's other agents, Yankuba, took the photos below with Linda's camera. 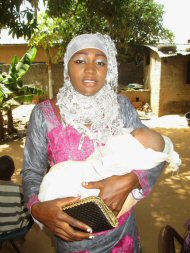 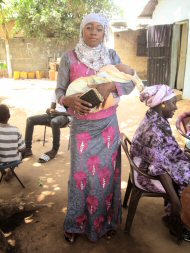 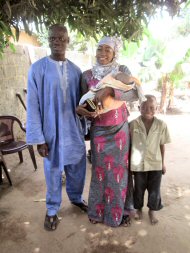 This would have been Nyima's first venture out into the world outside the family house, so understandably she was well wrapped up. We hope soon to have some more photos of her, showing more than the top of her head - we'll keep you posted. As you can see from the smiles in the photos, the family is delighted with their new arrival. For those of you who know the family, EB was around somewhere but could not be found when the photographs were taken. so we have added a recent photo of EB below. Mo Lamin's smile is big enough for both of them. You can see larger versions of these photos on Pippa's oringinal blog post.

MANY CONGRATULATIONS from us all at Pageant to Wandifa and Mariama, on the addition to your lovely family.

Linda sent Pippa some more photos of baby Nyima Saidykhan, taken when she was just over 2 weeks old. Once again you can see larger versions on Pippa's oringinal blog post. 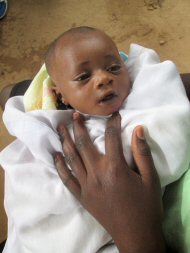 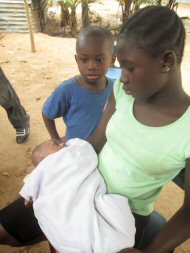 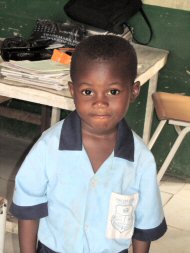 EB in his school uniform

We can see rather more of Nyima now. 'Aunty Sandy' (Mariama's younger sister) is obviously going to be a wonderful baby-sitter! and EB has now arrived to have his photo taken as well.

Thanks to Linda for the latest photo. It's lovely to be able to see the family at this happy time. 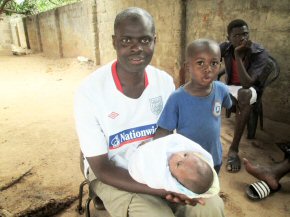 In February 2015 the roof and floors were done but the house was still not habitable and things were getting increasingly uncomfortable at the main family compound. 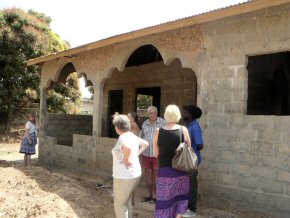 outside of house, showing the roof on 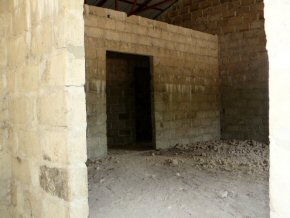 At last, in 2016, the house was finished well enough for the family to move in and we saw them in residence in November 2016. It is by no means completed yet, but they are all so happy to be there. Wandifa has told me that electricity was installed during the summer, so we look forward to seeing this on our next visit. 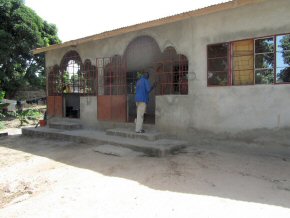 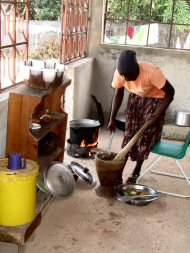 cooking on the veranda 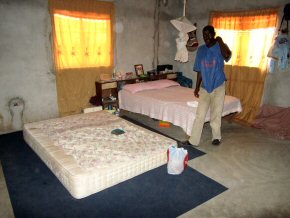 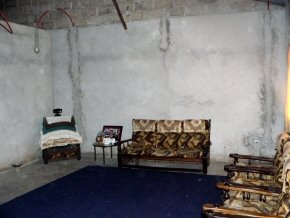 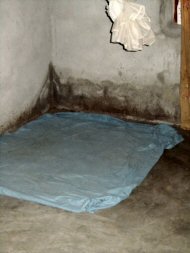 the boy's bedroom
they now have a mattress!

The house, even though unfinished, has become home to several people outside Wandifa's direct family, but that, of course, is always the way in The Gambia!