Bishop's Waltham Junior School is located in the small historic Hampshire country town of Bishop's Waltham, in the beautiful Meon Valley, about 20km from Southampton. Until September 2008, the school was known as Ridgemede Junior School, so we have used that name on this page for all events up to that date. We recommend visiting the extensive and very interesting Bishop's Waltham School website for further information about this school.

Bishop's Waltham Junior School operates a number of Extra Clubs, and one of these, called Worldclass, is run by Teaching Assistant Jeanette Mars. She started this in September 2005, and it continues to thrive year after year. Each Worldclass child has their own pen friend in Abuko Lower Basic School in The Gambia, and they exchange letters about four times a year. The club also raises funds for Abuko, mainly through an annual 'Worldclass Fayre'.

Links on this and other pages

During March 2013, the members of Worldclass received a batch of letters and beautiful cards from their new link school in The Gambia - Banyaka Lower Basic School. The letters written to the Bishop's Waltham children were of a very high standard and full of interesting facts. Jeanette Mars also received letters from the Headmaster and Deputy Headmaster full of interesting information about Banyaka LBS and life in The Gambia.

On 20th May 2013 Ian and Pippa visited Bishop's Waltham Junior School for the annual Worldclass Fayre, which is run to fund the sponsorship of four Gambian children.  Worldclass is run by Jeannette Mars and she does a wonderful job of maintaining the enthusiasm of a large group of children – 68 were involved this year, in what was their 8th year of holding such an event. 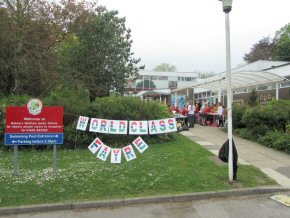 Welcome to the Worldclass Fayre 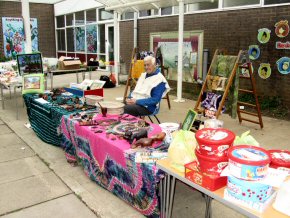 Ian on the Pageant stall 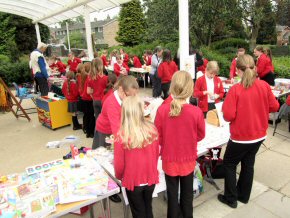 General view of the Fayre 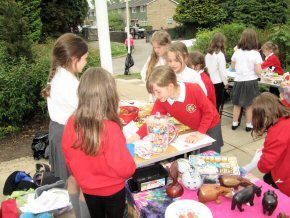 How many sweets in a jar

Pippa reports: "There were two market sessions during our visit - one at break time in the morning and one in the afternoon at the end of school. We set up a mini Gambian market stall and there were 18 tables run and organised by the Worldclass children, selling things such as cakes, biscuits, toys, sweets and books. They also held 'Guess the name of the teddy' and 'Guess how many sweets in the jar' competitions - it was a very busy and well-run affair altogether." 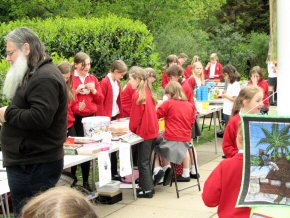 more views of the Fayre (1) 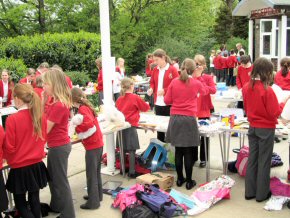 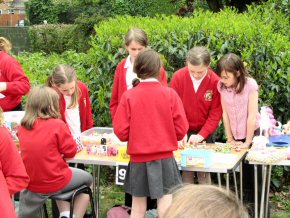 more views of the Fayre (3) 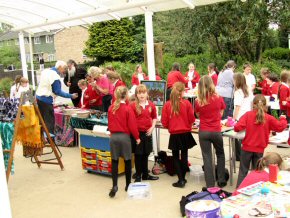 more views of the Fayre (4)

"The morning market was held inside in the school hall (because of the weather) and our Gambian items were very popular - we were beginning to get worried that we would have nothing left for the afternoon.. The sun came out after lunch so we moved everything outside for the after-school session and re-arranged our rather depleted stock - and fortunately found a few things we had overlooked in the morning! We raised a total of £170.35 during the day on our Gambian stall, which was in addition to the total raised by the Worldclass children themselves. They repeated the whole exercise the following day (sadly, we could not be there on that day) and raised a total of £501.23 - an amazing effort, on which we congratulate them." 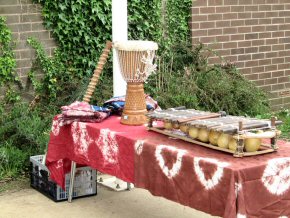 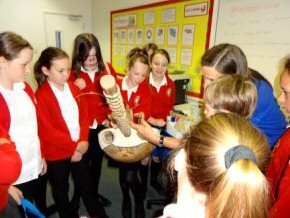 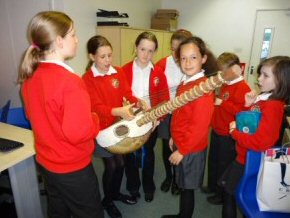 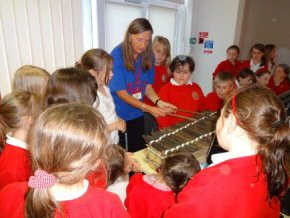 The last three photos above were taken (with permission) from the BWJS Worldclass blog post, which has a lot more photos of the Fayre.

"We had a busy day ourselves, apart from the market sessions:

Altogether a great day - and many thanks to Worldclass, Jeannette Mars and Mr Campbell for their unflagging support to 'their' Gambian children."

Bishops Waltham Junior School still run their Worldclass and their annual Worldclass Fayre. They no longer have links with Abuko LBS, but they continue to sponsor the triplets, Isatou, Pahali and Assan, who were at Abuko LBS and will be moving on to Senior Secondary School next year. The triplets owe a huge debt of gratitude to Worldclass, as they were unable to start school at all until they were sponsored.

Bishops Waltham Junior School still continue to exchange letters with a Gambian school, but this is now Banyaka Lower Basic School, rather than Abuko or Serrekunda.