Yundum Barracks is a military complex close to Banjul International Airport, and is home to Gambian Armed Forces (GAF) personnel and civilian workers. Education is provided for children at the barracks by the GAF Education Unit, and consists of three schools - nursery, lower basic and upper basic. As well as children of service personnel, these schools also admit children from surrounding towns and villages. The nursery school has about 300 children and the lower basic school around 600 organised into two shifts. The upper basic school nearly 300 and is still expanding as students move up from the LBS school.

Pageant first became aware of these schools in 2016, and started regular visits in February 2017, with a more recent visit in November 2018. 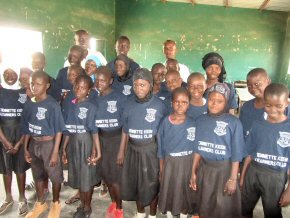 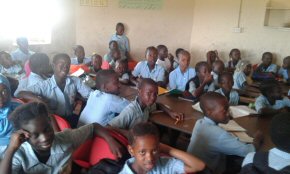 The schools have good buildings, an excellent ethos and inspiring teachers, resulting in very good academic results. However, they were all short of equipment and furniture. Pageant has helped with donated and locally made classroom furniture, and will continue to help in the future. 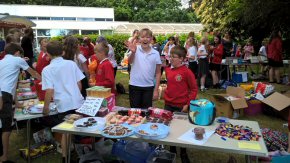 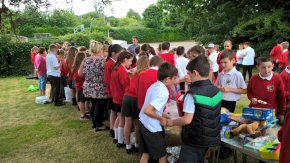 Fundraising by Worldclass raised sufficient money to sponsor triplets, Isatou, Pahali and Assan at Abuko Lower Basic School. The triplets had reached the age of 18, so Worldclass were looking for new sponsorships. Worldclass had started letter exchanges with Yundum Barracks LBS, so decided to sponsor four children - Mariama and Alima at the LBS and Mam Astou and Musa at the nursery school. These children were among the quickest sponsorships Pageant has had. They were chosen for sponsorship about a week after they were shown on our sponsorship page. 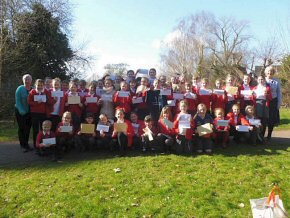 Wordclass children with their letters 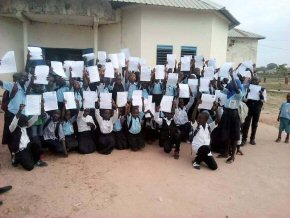 Yundum children with their letters

Jeannette Mars writes:
"We have been writing to our new link school Yundum Lower Basic School since January 2018. This link is proving to be our best link ever with a Gambian School, but I feel strongly that this is because I work closely with Mr.Badjan and his team. We are all dedicated and enthusiastic with this friendship and we now have 64 children at each school corresponding with their pen friends on a regular basis. Our latest excitement has been for some of the children to talk to each other via Video WhatsApp."

"We at BWJS. are delighted that we are now in a position to sponsor four of the children from Yundum LBS. We will be holding this year's Fayre on June 11th and 12th where we will be raising the money for these new four children."