Barbara and some colleagues spent a week in Jurunku last year. One of their party worked with the villagers to install a new solar power system in the school. This has a recharging station for mobile phones, and fees from this help to buy school supplies.

On their next visit to Jurunku, the HopeFirst Foundation group will include two engineers, who have designed a pedal powered grain mill which should be five times better than current hand operated mills. Forthcoming projects in Jurunku and other villages include wire fencing for the women's gardens, treadle pumps for irrigation from the existing wells, bicycles for kids to get to school from remote locations, sewing machines for women to make bed nets and refurbishment of a clinic. 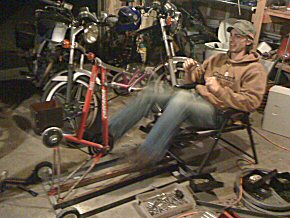 The photos below were taken by Ann and Brian Keating during their visit to Jurunku in December 2011. They show the new kitchen building completed, but lacking finishing and any internal fittings. 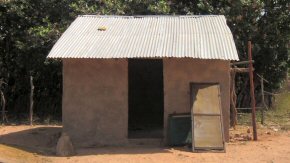 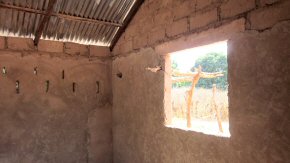 April 2012 - Final Touches to the Kitchen

Ann and Brian returned in April 2012, and took these photos showing the final touches being made prior to the handing over ceremony. While the work was being finished off, they were entertained by the whole school singing, drumming and dancing. The lower right photo shows the headmaster and two of the cooks. The aprons were made as gifts by Ann and Brian's granddaughter Ellie. 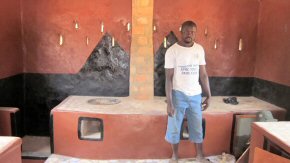 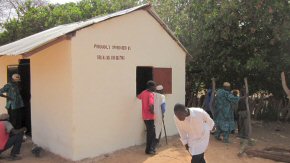 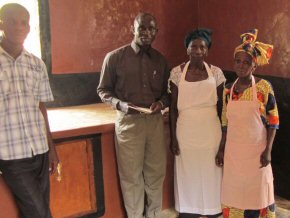 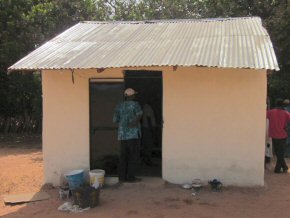 Looking round the new kitchen

When Pippa and Ian visited the school in April 2014 one of the many improvements they saw was the completed wall around the entire school compound. Previously there had been a wall just around the school vegetable garden. The lower two photos show some of the excellent crops of vegetables in the school garden. 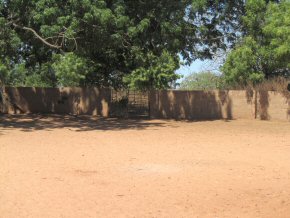 new wall around the school compound 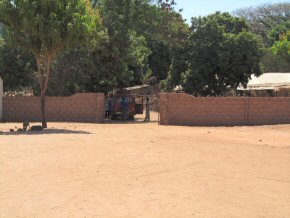 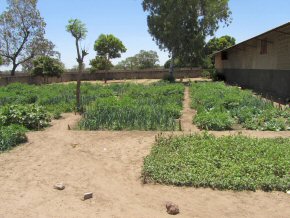 healthy crops of vegetables in the school garden 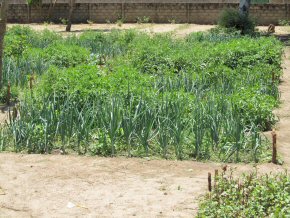 When the above photos were taken, the compound had temporary wooden gates. These were soon replaced with sets of new metal gates. The photos below show the outside of the wall painted white, with the school badge and a welcome message. The new metal gates can just be seen on the right of the left hand photo. The school badge shows clearly that the school is now a Basic Cycle School. 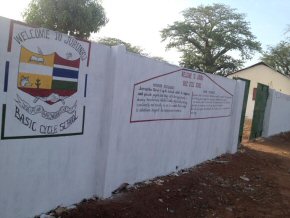 outside of the school wall, with school badge
and welcome message 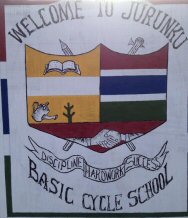 Jurunku school badge
Pageant is a UK Charity - Registered No 1093963