updates on this page

Ousman F Sowe was a student at Bakalarr Basic Cycle School and then went on to Senior Secondary School at Essau. You can see more of his work by following the links on this page.

The first picture below shows an idyllic scene with a herdsman, but much of Ousman's artwork relates to slavery in The Gambia - featured in the next five pictures. 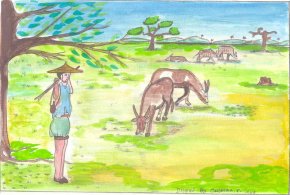 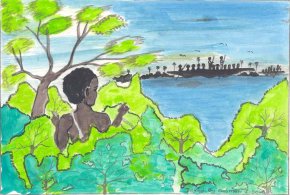 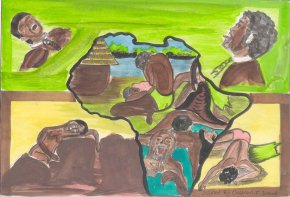 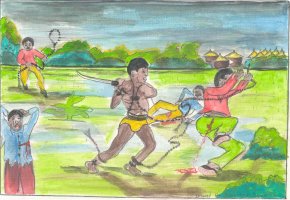 Kunte Kinte was born in the village of Juffureh, not far from Bakalarr, in 1750. He was taken as a slave to Maryland USA. His story was made famous in the best selling novel and TV programme 'Roots' written by his descendant Alex Haley. Read more about Kunte Kinte. (Note - there are many spelling variations of Kunte Kinte's name. e.g. Kunteh Kinteh, Kunta Kinteh, or even Kinteh Kunteh.) 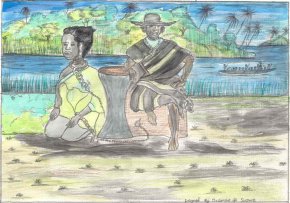 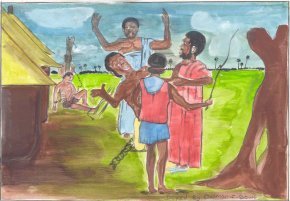 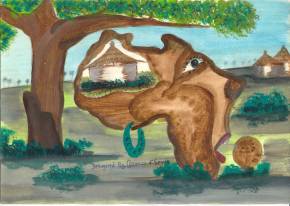 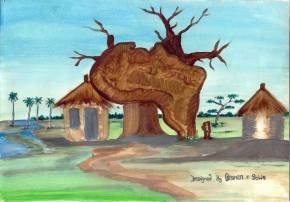 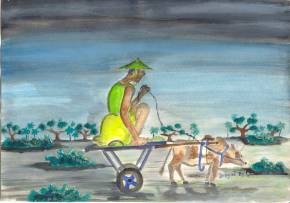 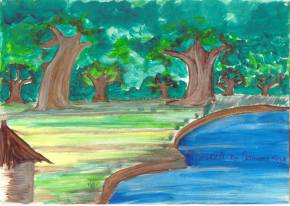 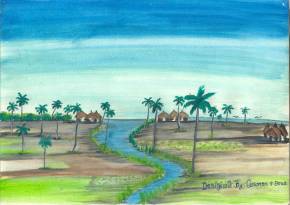 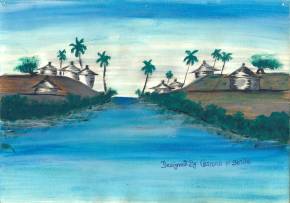 Ousman wrote to Pippa's Mum, telling her that he had been building a small studio for his artwork, and that he has named it the 'JOAN DOBIE ART STUDIO'. Pippa's Mum was really touched by this - a real compliment, she thought. Ousman has also printed T-shirts to advertise his studio. 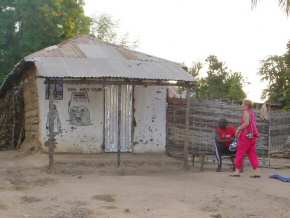 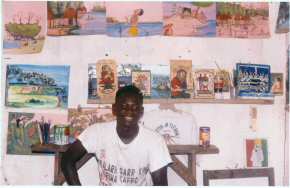 Ousman in his new studio
surrounded by his artwork