The perimeter wall around Bakalarr School was completed in July 2003. This page shows the story of its construction. The outside of this wall has since been transformed into an 'art gallery', with numerous paintings by the children. 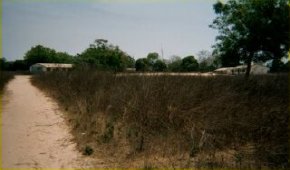 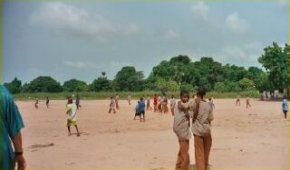 When we first visited the school at Bakalarr, there was nothing to show the boundary of the site. Children and visitors (including wildlife) could roam through the area unchecked. 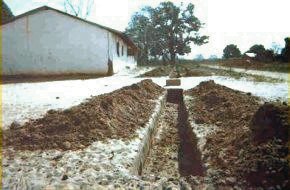 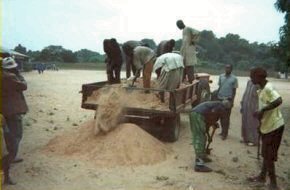 sand for making the comcrete blocks

The blocks for the wall were cast on site and the wall constructed on sound foundations. Below you can see the mason with some labourers beside the first section of the wall to be completed. 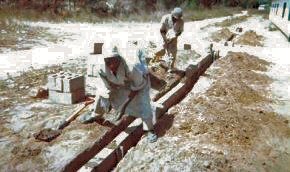 concrete blocks being laid for the foundations 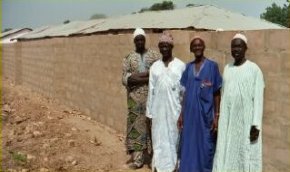 completed wall section with some of the builders

after completing the entire wall

See how the wall was decorated with artwork >>