This photo shows the old toilet at Bakalarr Basic Cycle School which served the needs of both pupils and staff. It was obviously inadequate.

The new toilet blocks were completed in June 2003, with 12 toilets: 5 girls, 5 boys and 2 staff. They were built with labour provided by staff, pupils, their parents and villagers, with design assistance from WaterAid. In an area with scarce water resources, and no main drainage, flushing toilets would be an impossible luxury. The effluent is therefore be contained in chambers below ground level, preventing contamination of the groundwater. The following pictures show stages in the construction. 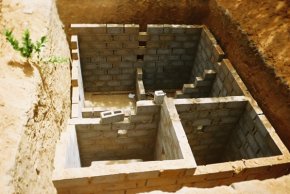 Chambers which will contain the effluent 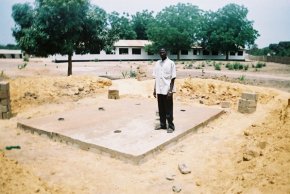 Base slab cast over the underground chambers 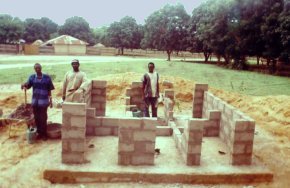 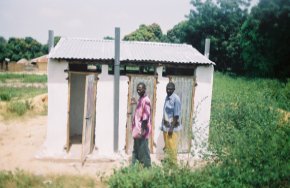 The difference that the toilet blocks have made to the school is immense. Not only are there more toilets for the school children and staff, but the upgrading of facilities means that the school can now host inter-school events, such as the District Football Gala and the District Athletics Tournament. Consequent improvements in sports facilities and equipment allows the school to offer Sport & PE as exam subjects.

One of the highlights of Ian and Pippa's visit to The Gambia was the opening of the two toilet blocks at Bakalarr School. Mr Gitteh, the headmaster, said that the new toilets would benefit the now much greater number of pupils. Also the school will be able to host the Gala Football Tournament next summer, as the facilities are now up to standard. The opening ceremony was part of a truly memorable day of celebration and welcome, including music, dancing, a tour of the school and presentation of prizes to the winners of the Microscopical Drawing Competition. Two further microscopes were presented to the school, as part of the batch of ten donated by the RMS, along with a large number of other items. 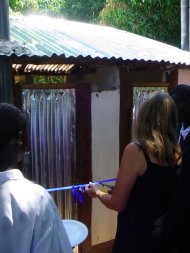 Pippa cuts a ribbon to open the toilets 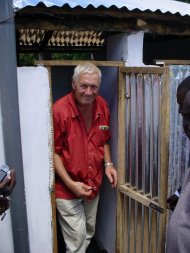 Ian emerges after checking the facilities 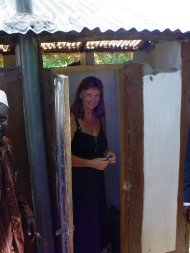 Pippa stands in one of the toilets 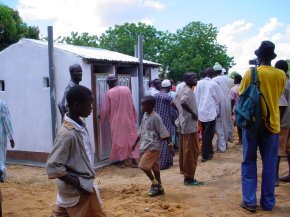 Adults & children outside the toilets 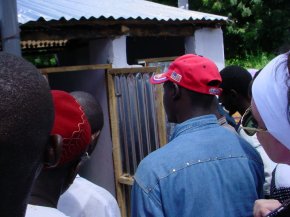