Artwork on the boundary wall at Bakalarr BCS

The boundary wall around Bakalarr School was completed in July 2003. Then, Ousman F Sowe, a Grade 9 pupil, and the teacher in charge of art & crafts decorated the wall around the school with numerous pictures - turning it into an incredible art gallery. (more of Ousman's art) and (Exhibition in Horsham)

Pippa and Ian report after their visit in February 2004:-

"When we drove towards the school from the village, the first thing we saw was the wall, which had been decorated along its outer surface with panels of paintings. The effect was stunning - the pictures were striking and varied in subject - they included the school crest, maps (The Gambia and Africa), health topics, animals and aspects of school and village life. The paintings had been done by one of the boys in Grade 9 and a member of staff and were obviously a source of great pride to the headmaster, staff and all the children. Three green-painted metal gates had been set into the walls - two small single gates in the side walls for pedestrian access and one pair of large double gates in the front wall for vehicles. We were delighted to see this evidence of extra effort that had been put into making the school a more exciting place in which to teach and study." 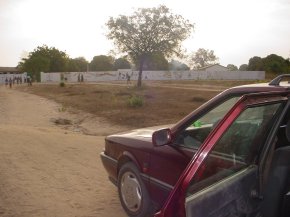 The headmaster stands by one of the side gates >> 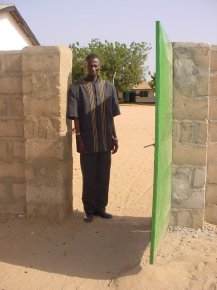 The headmaster stands by one of the side gates 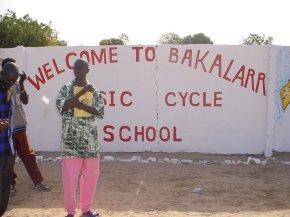 A welcome from the teacher in charge of art & craft 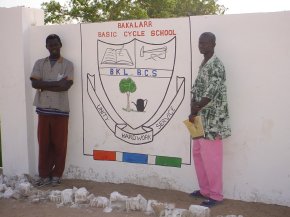 The school badge flanked by the two artists 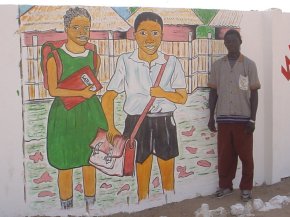 Pupils on their way to school 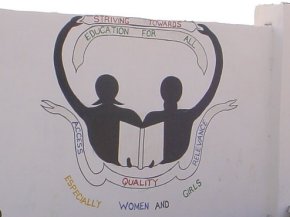 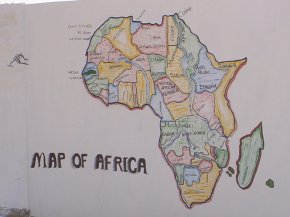 A map of Africa 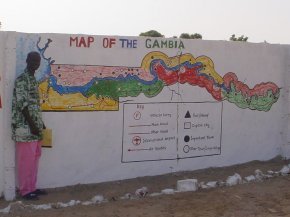 A very detailed map of The Gambia 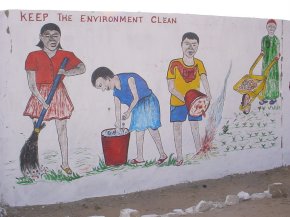 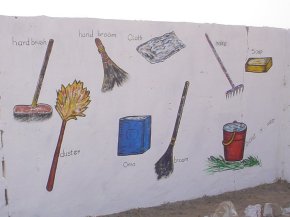 tools for keeping the environment clean 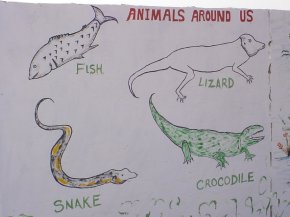 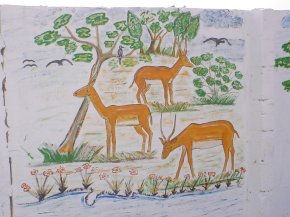 deer grazing under some trees 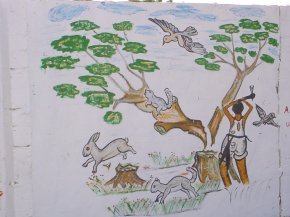 Cutting down tree
destroys the homes of birds and animals 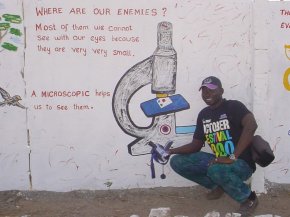 Microscope like those donated by Pageant,
Kemo holding the real thing in front of it 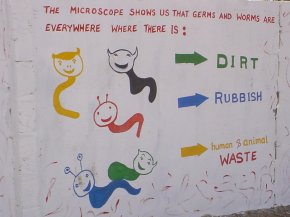 A microscope reveals the sources of infection 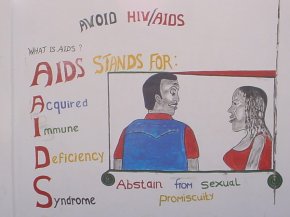 An important message about prevention of AIDS 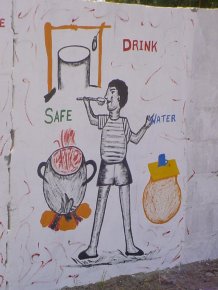 An important message about safe water

<<An important message about safe water

Use well water rather than water from the river, boil it and keep it covered